Join artists Charles “Chuck” Jules, John A. “Guy” Sharkey, and Shawn Decaire as they express gratitude through art, in their upcoming show Mu’la || Gratitude, at the Campbell River Art Gallery.

“This exhibition is a reminder that everyday we can be thankful for someone or something that has come across our path, and this makes room for the power and possibility of change,” said Nadine Bariteau, curator of the exhibition and facilitator of the Campbell River Art Gallery’s Art Hive.

The artists are part of the gallery’s Art Hive – a supportive space for people to come together and create.

Launched in 2022, the Art Hive offers art-making workshops for people with experience of mental health and substance use and people experiencing or at-risk of homelessness.

“Each artist’s work is a manifestation of their gratitude,” Bariteau said.

Chuck’s gratitude goes to the people of the Campbell River Art Gallery’s Art Hive, the space where he practices his art.

He was born in 1977 in Tahsis. He is from the Ka:’yu:’k’t’h’ First Nation. He began teaching himself painting and drawing at the age of 17. Chuck has been practicing his art on and off between contracts with the forestry industry. He has been back into art making for the past year as a member of the Art Hive. Chuck collaborated with Sonny Assu on the door mural currently installed at the Campbell River Art Gallery.

Guy’s gratitude goes toward Beau Dick, his mentor for 30 years, who taught him the traditional way of carving.

Guy was born 1954 in Powell River. He is from the Klahoose First Nation. He has been painting and carving since he was 16 years of age. Guy has spent many hours learning from well known carvers and painters throughout his life, such as: Sam Henderson, Jimmy King, and Beau Dick.  His work and designs are inspired by the Kwakiutl art tradition. His passion is wood carving. Guy will present his first solo exhibition in Toronto in the Spring of 2024.

Shawn wants to pay tribute to the late Jorge Lewis who taught him 20 years ago to make his very first ma̱nat̕si (drum).

Shawn descends from the We Wai Kai tribe of the Laxwaxda’xw Nation.

In 1999 he lived as a member of the homeless population on the streets of Vancouver’s  Downtown Eastside, after which he came home to Campbell River and began to heal from addiction by learning his cultural ways through art and song. Over the last 20+ years he has learned to carve by hand and chainsaw, make traditional bentwood boxes, design and paint in his cultural way, process animal skins to make traditional leather and hand drums, and harvest and gather traditional foods and barks. All these practices were taught to him by different Kwakwaka’wakw, Elders. Shawn was the Walter Morgan Studio artist in residence for 2022.

“This state of appreciation fosters a sense of collective responsibility and shared humanity,” Bariteau said.

Join the artists at the launch of their exhibition on Saturday Jan. 28, from 3-5pm at the Campbell River Art Gallery.

The show is running in the Satellite Gallery from Jan. 28 to April 29, 2023. Keep an eye out for related programming, such as drum making and a burning ceremony and feast. 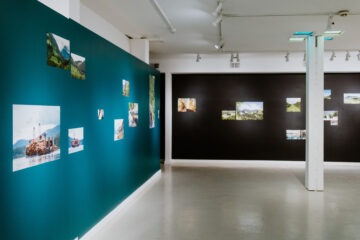 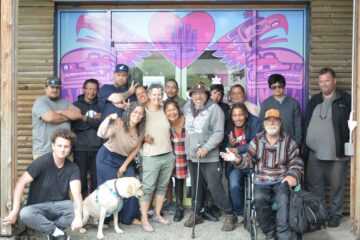 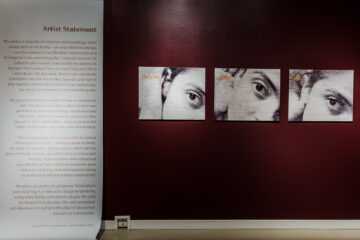 Newest exhibit features work by artist Farheen HaQ that explores intergenerational relations, the past, the future and the concept of legacy میں اپنی ماں کی بیٹی ہوں | I am my mother’s daughter is a Read more…